Vickie Fagan is an award winning producer, director, writer and filmmaker. She launched Fagan Media Group in the fall of 2010. Vickie’s television background includes over fifteen years with CHUM Television, where she worked as a producer of documentaries, short films and series television. Fagan recently acted as a producer and co-writer on the holiday film, ” The Curse of Clara, A Holiday Tale” which was based on a short story written by Fagan. A co-production with Smiley Guy Studios and Veronica Tennant Productions, the animated film premiered on CBC Television in December 2015. Her extensive communications background encompasses work as a researcher, interviewer, writer, producer, production financier and PR consultant. Her writing has been featured in the Globe and Mail and Zoomer Media. Vickie specializes in offering broadcast-quality production values and story driven content.

Fagan received the Grand Jury Prize at the Ojai California Film Festival for her documentary, ” Adventures in Breathing” a CPRS award of merit for the Halton Region, Drive Safe Campaign video 2012, 1st place for Experimental Short (Betrothed) at the Indie Gathering Film Festival and Fastnet Film Festival in Cork Ireland as well as the 2017 Canadian Screen Award for Best Animated Series or Program for “The Curse of Clara.”

At CHUM Television Dan worked on award winning, internationally syndicated shows such as “FT Fashion Television” with Jeanne Beker, “MT MovieTelevision” with Terry David Mulligan as well as numerous entertainment specials.  At CTV he produced “InFashion” and “William & Kate: A Royal Wedding”.  He has been a producer for The Independent Film Channel for Shaw Media as well as an entertainment reporter for Zoomer Radio.  Dan was the story editor for the documentary “Bruce Cockburn: Pacing The Cage” and story consultant for the documentaries “Junket Whore”, “The Frank Truth” and “Citizen Black”. He has produced videos for clients that include, The Hudson Bay Company, Danier Leather and the Toronto International Film Festival.Using his skills as a field director, interviewer, story editor, writer, researcher and post production supervisor, Dan is able to manage projects from inception 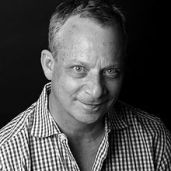 Howard Brull began his broadcast career with CNN in Atlanta. He came to Canada,  joining Citytv as a producer on Fashion Television, one of the stations flagship productions. Brull is a Producer/Director with over 25 years of experience creating top notch productions seen around the world. He has a proven track record producing unique documentaries in collaboration with such talent as John Malkovich and the internationally syndicated show ‘Fashion Television’.  Brull is currently developing projects for some of Canada’s top media companies.

Jack Reslinski studied Comedy Writing and Performance at Humber College and Music at Centennial College. He has appeared as an actor in several television shows including In the Dark and Hardy Boys and commercials. Jack is a social media wizard who loves new technology and creating content for the digital space.